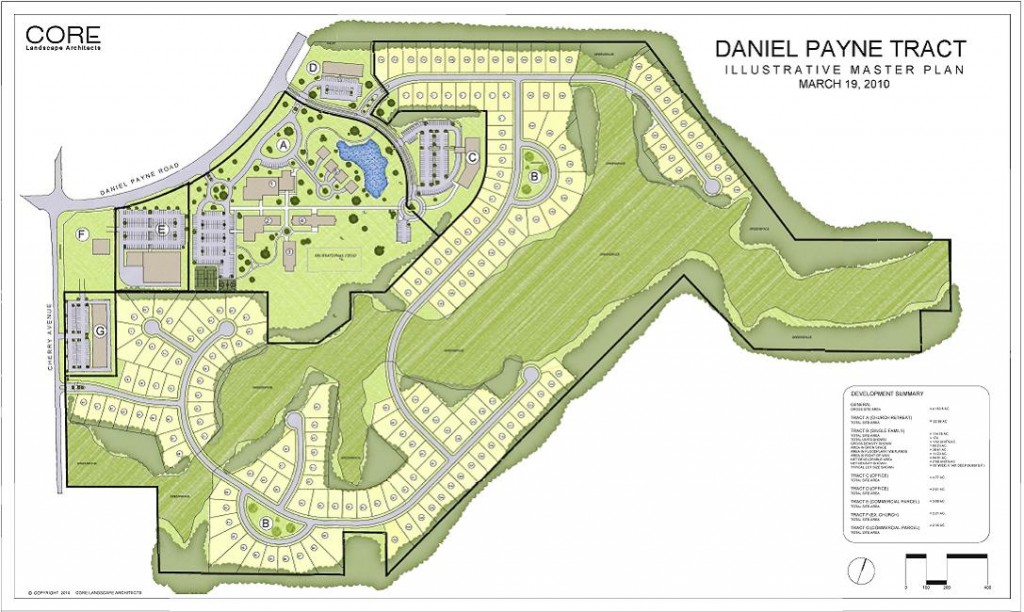 Although he now makes his home in Georgia, Atlanta Builder, Developer and Founder of Highlight Homes – Tony Pourhassan once called Alabama home. We’re pleased to announce that Alabama calls on Tony once again. With the recent rezoning approval of Daniel Payne Legacy Village by the Birmingham City Council, Tony and Highlight Homes’ parent company, TyCam Development, Inc. prepare to take a bold step towards Birmingham’s future. The long time Atlanta builder, architect and developer is excited about the possible ramifications that a development such as the one proposed for the former Daniel Payne College site could mean. First approached by land holders – Alabama’s Ninth Episcopal District of the African Methodist Episcopal Church (AMEC) – in February 2010, Tony was tasked with developing a plan and acquiring the approvals necessary to break ground on a revolutionary concept, a “live, work, play, pray” community in the heart of North Birmingham.

Named after Daniel Payne (1811-1893), an esteemed educator, historian, bishop, and first African-American president of a college in the United States – the Birmingham-based University closed its doors in 1979 shortly following a devastating tornado in which the campus incurred widespread damage and subsequent financial woes. The 153 acres on which the college stood has remained in the hands of the African Methodist Episcopal Church ever since. The church maintained a number of offices on the property before moving their headquarters to downtown Birmingham in 2009. For many years, the elders of the church along with 9th Episcopal District Bishop James L. Davis have sought the best use of this large tract of land located in the northern sector of this bustling Southern city, as well as the best development company with which to partner. Their search led them to native son, Tony Pourhassan and TyCam Development, Inc.

Tony began commissioning studies of the site right away to examine the viability of the project while Bishop Davis and the elders took their proposal before the congregations that make up the 9th Episcopal District of the African Methodist Episcopal Church. Both the studies and the response from the church on a whole were extremely positive. “This is a truly beautiful spot in a terrific location,” insists Tony. “Thanks to more than 25 years in the land development, construction, and architectural design industries – I am able to see past the abandoned buildings, and fields choked with brambles and weeds. Bishop Davis and I can envision the infinite possibilities for a wonderful community that exists in harmony with the environment that surrounds it—a throwback to another era in appearance, boasting all the modern conveniences. This vision includes a phenomenal church retreat surrounded by nearby friendly neighborhood shops, a treasure trove of lush wetlands and green trees, scenic walking trails and beautiful new construction eco-friendly homes – many of which can be enjoyed by former bishops and retired pastors of the church.”

Plans for The Daniel Payne Legacy Village include a community comprised of beautiful church retreat complete with lodging and conference facilities at the development’s core. Recreational space, more than 50 acres of green space providing beautiful park-like surroundings, and a bungalow residential community of nearly 120+ single-family homes will encircle the retreat. Handsomely constructed office space and a retail center will serve as the face of the Village along Daniel Payne Road. Now that the project has met with the approval of the Zoning Advisory Committee of the Birmingham Planning Commission, the City Council and the Honorable Mayor William A. Bell, Sr., Bishop Davis and Mr. Pourhassan hope to begin breaking ground on Daniel Payne Legacy Village in early 2011. In addition to growing Birmingham’s housing base and thrusting the city to the forefront with such a pioneering concept in mixed-use developments, Daniel Payne Legacy Village will also represent positive job growth for the city – with construction expected to span several years.

“In keeping with Bishop Davis and AMEC’s wishes to build something lasting, something worthy of Daniel Payne’s legacy – we believe we may have stumbled upon an innovative concept that can be reflected in cities all across the nation, ” explains Tony. “Imagine so much more than your run-of-the-mill mixed-use development – a place where neighbors and entire congregations can come together to worship, celebrate, and shape the future of both their church and their neighborhood – a place to live, work, play and pray, a ‘family-and-faith based community’. It’s really exciting, and TyCam Development is truly honored to be a part of it.”